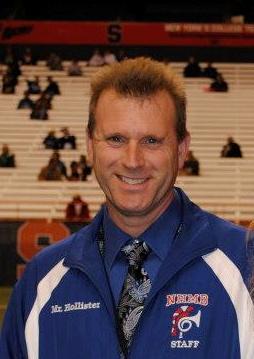 Mr. Hollister is a native of Central New York State. He is a graduate of Fredonia State University and has a Masters in Music Performance from Youngstown State University. During the summers of 1984 and 1985 he played lead baritone for the world champion Garfield Cadets Drum and Bugle Corps. In addition to his regular performance schedule with the band Classified, Mr. Hollister is also an active freelance trombonist. He has performed with the Utica, Hamilton, Colgate, Catskill, Schenectady, and Youngstown Symphony Orchestras and he has also backed up groups such as the Temptations and the Supremes. He is currently the High School Band Director for the New Hartford Central School District and lives in New Hartford with his wife Kathy and two children, Samantha and Megan.